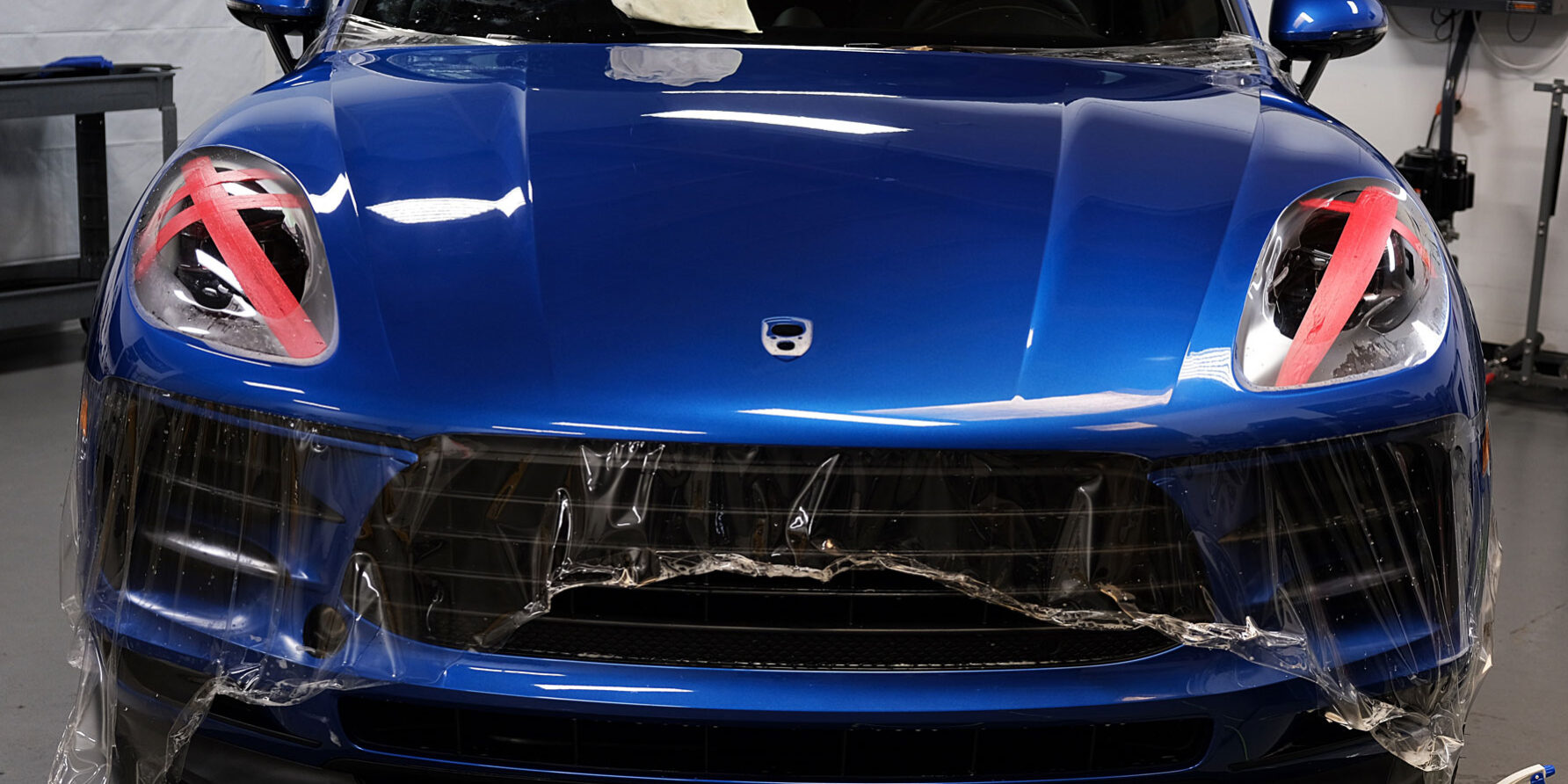 In today’s market, there are several products and services offered for automotive protection. Of all the different ways you can protect and maintain your vehicle, paint protection film, aka clear bra, is the number one most effective way to do so. In this article, we will walk through a brief history of paint protection film (PPF) and its many coveted benefits.

While paint protection film is widely known today for its automotive uses, the technology origin dates all the way back to the Vietnam War. During this time, a film was created by 3M for military helicopter rotor blades as they were often damaged by debris, causing malfunctions and costly repairs. The film developed by 3M provided a huge cost and time savings as it protected the blades from destructive material encountered on missions.

Fast forward a couple decades, this protective urethane film makes its first appearance in the 80’s on high end race cars. Over time, the protective film evolved and in the 90’s it became more widely available to the average consumer. While early versions of paint protection film suffered from yellowing, most brands of PPF today result in little to no yellowing. Some brands have even developed a hydrophobic top coat so that water and debris do not bond as easily to the surface of the film, thus adding a maintenance benefit. Beyond the enhancements to the film material itself, shops that offer this film have also expanded on their installation techniques used to install the film. In some cases, shops will use pre-cut patterns that match the unique panel of the vehicle receiving treatment and in other cases, installers will use a custom method referred to as ‘bulking’ in order to tuck film edges so the finished product goes unseen.

What does PPF look like today? The main benefit of PPF which makes this film so sought after is its ability to protect a vehicle’s paint from rock chips and scratches caused by road debris. The urethane film acts as a physical barrier making it resistant to corrosion, chemical stains and etching caused by bug splatter, mineral deposits, or bird droppings. Further, most new paint protection films guard your paint partially or fully from fading caused by UV rays. High quality films will also typically have a top layer composed of elastomeric polymers that return to their natural shape after being imprinted, which is what gives film its self healing abilities. For example, light scratches inflicted on the surface of the film can be healed by small amounts of heat, such as sunlight, bringing the film back to its original texture. 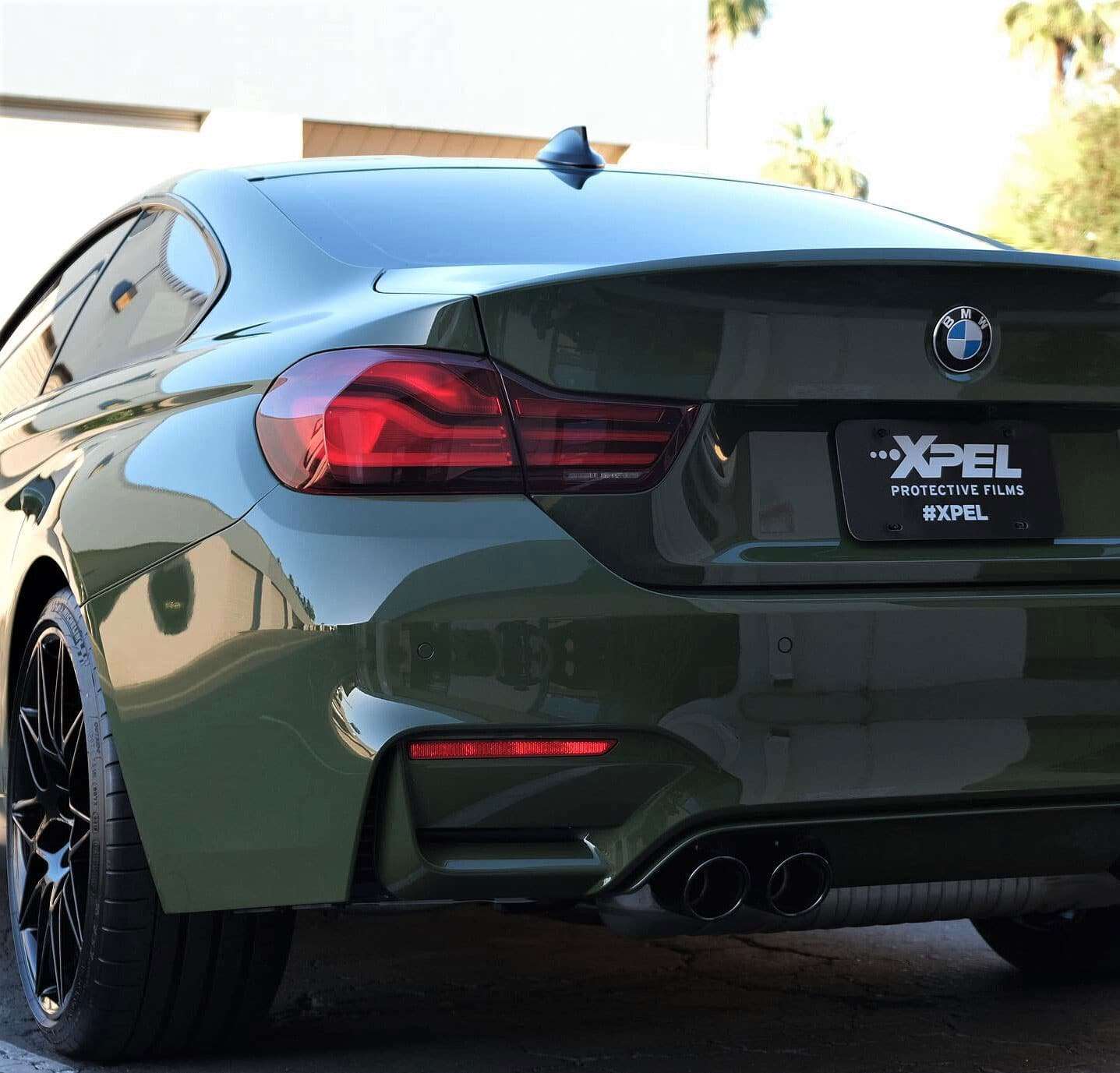 What PPF is Not:

While paint protection film has many benefits, consumers should know that PPF has its limitations. PPF will not make a vehicle resistant to all things encountered on the road. Rocks and larger debris can pierce the film and even droppings or bug splatter that sits on the film for an extended period of time can damage the film as well. One common misconception of paint protection film is the idea that you it is not necessary to wash a vehicle that has PPF installed on the surface. While PPF does make it easier to maintain, it is still susceptible to dust and other debris buildup on the surface.

Another thing to note, while paint protection film can make surface paint appear extra glossy and even hide some blemishes beneath, it should not be confused with other products on the market. Often times, people will confuse PPF with vinyl. While the two materials can have a similar resemblance, vinyl is used solely for aesthetics, whereas PPF focuses on vehicle protection. Vinyl is typically used to alter the color or finish of the vehicle. These films come in a wide variety of colors and can provide a matte or even a mirror-like finish. The installation process for vinyl is far less involved than that of paint protection film. Due to the popularity of vinyl, companies have started creating what is known as colored paint protection film, providing both the color changing capabilities of vinyl and the protective abilities of PPF.

As always, we recommend doing research on any service and service provider before making decisions for your vehicle. Learn more details on paint protection film and our packages offered at Elite Auto Spa by clicking here. Leave us a note in the comments below to let us know what you think of this article!

Why Is Paint Protection Film (PPF) Becoming So Popular
November 15, 2022